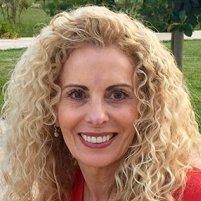 Birth control not only protects you from pregnancy, it also can regulate hormonal imbalances. There are many options available for birth control, and knowing which method is right for you can be confusing. Dr. Karie McMurray at Conejo Women’s Medical Center offers patients in Westlake Village, Thousand Oaks, California and the surrounding Conejo Valley area, the latest in birth control options.

What types of birth control are available?

Obviously, the options for birth control vary and each one works differently. Choosing which type of birth control is best for you comes down to a discussion between you and your partner.

How effective is birth control?

Not all women are the same, and some birth control methods will work better than others. You can prevent pregnancy with absolute certainty with abstinence, but if you’re sexually active, birth control needs to be used in the manner intended every time you have sex to effectively reduce your chances of getting pregnant.

For example, birth control pills and condoms effectively prevent pregnancy, but if they’re not used as instructed, they’ll fail. Additionally, some birth control methods may be less effective than others, depending on the woman’s age.

Patients seeking birth control methods can speak with Dr. McMurray about all the different options to decide which one works best for them.

If I plan to have a baby, how soon after stopping the birth control pill can I conceive?

Most women start ovulating again about two weeks after they stop using birth control pills. As soon as ovulation begins again, couples can start trying to get pregnant. If pregnancy occurs during a woman’s first cycle off the pill, they might not have a period at all. Because birth control pills regulate hormone levels, if a woman’s periods were sporadic before beginning the pill, they’ll likely be that way again after stopping the pill.

Some women find that it takes a couple months before their ovulation cycles return to normal. After stopping the pill, if you're not ready to conceive, you may want to consider using a backup form of birth control.

Words from our patients